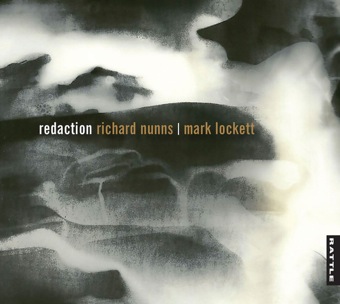 In 2013, photographic artist Veronica Hodgkinson engaged Richard Nunns (taonga puoro) and Mark Lockett (percussion) to record a series of spontaneous improvisations that would serve as aural soundscapes for an exhibition. Jeff Henderson was later invited to rework the recordings into an album.

Redaction is the fascinating result.

New York based Mark Lockett is a passionate jazz drummer, talented performer, composer and educator who has played with artists such as Joe Cohn (US), Joel Frahm (US) and Roy Hargroves (US).