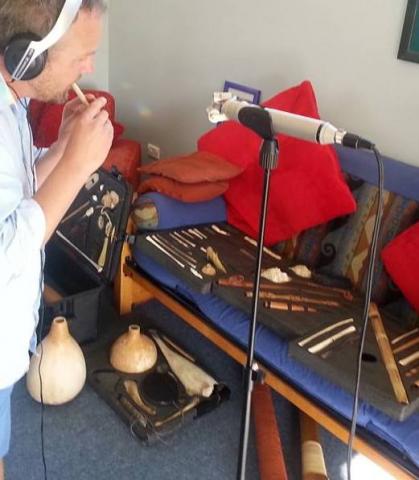 Al Fraser is a a Wellington-based musician and sound artist working with traditional Māori instruments, ngā taonga pūoro, as a performer, maker and researcher. He was a Wild Creations Artist Resident 2011 on Rakiura and is a Churchill Fellow 2016.

Alistair's P-LAB session will delve into his work researching and performing taonga pūoro both here in Aotearoa and during his 2015 research trip to the United Kingdom where he examined four museums' collections of taonga pūoro including collections at British Museum, Cambridge University MAA and Oxford University Pitt Rivers.