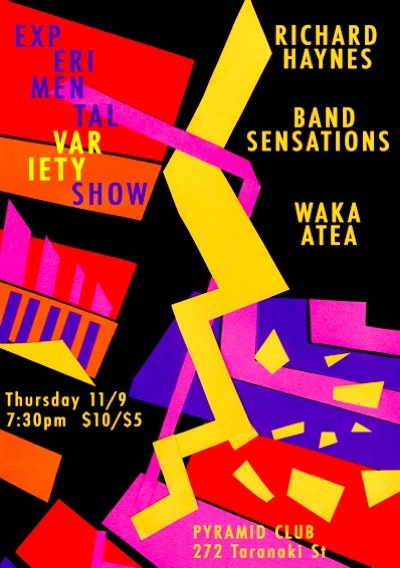 RICHARD HAYNES - extraordinary clarinettest working in modern notated and improvised music. Resident in Cologne, Germany, where he works with a plethora of new music ensembles such as Ensemble musikFabrik and Klangforum Wien, Richard has also worked with Stroma and 175 East here in NZ. Richard will perform 2 pieces, Rendering by James Gardener... "subterannean sounds and machine like flickering" and LIBRA by Karlheinz Stockhausen... one of Stockhausen's four major works for solo clarinet and electronics that capture the essence of star signs in music.